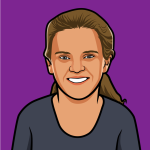 Updated 3 years ago by Diana

Trimethylglycine (TMG) is a derivative of glycine that occurs in plants, especially in quinoa, spinach, wheat and beetroot. It is also known as betaine as it was originally isolated from beets, and particularly glycine betaine to distinguish it from other betaines that have been discovered since.

As both of these pathways increase the production of SAMe, the stimulation of both would be expected to have an anti-depressant effect, as well as the cardiovascular benefits of a reduction in the levels of homocysteine.

This may be a useful alternative route to the MTHF pathway for those patients with a gene mutation causing ineffective MTHFR activity.

Clinical trials show that TMG has an anti depressant effect and can enhance the action of SAMe in patients with mild to moderate depression. TMG is thought to have a more calming and sedating antidepressant effect than SAMe which tends to be more energising. TMG may therefore be a better choice in bipolar depression.

We can compound TMG  into capsules or a powder blend. The recommended dose of TMG is 250mg per day.

As always please call or email me if you would like to discuss any compounding questions that you have.